You are in Home / News / Exploring our rights! 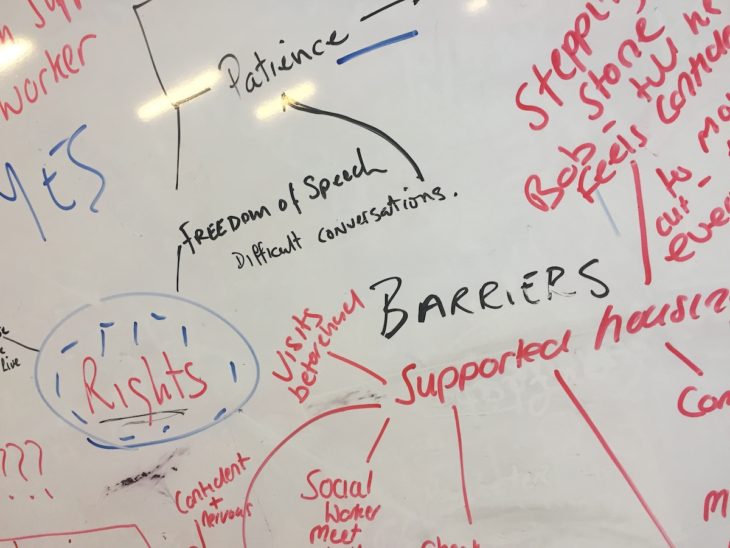 We’ve been awarded National Lottery Funding, which has meant we’re able to explore some interesting ideas with a support network of leading artists and research professionals.

We’re at the start of our research and development period, using our new strand of project funding to tackle the immense piece of protocol; the United Nations Convention on the Rights of Persons with Disabilities (UNCRPD).

What is the UNCRPD?

The UNCRPD is an international human rights treaty which was adopted in May 2008. It has been fundamental in implementing & protecting the rights of people with disabilities. Most importantly it has been recognised as a powerful tool for changing public opinion, breaking down barriers, encouraging us all to view people with disabilities as full & equal members of society, rather than objects of charity, medical treatment or pity.

As part of our research we’ve been working with BreakthroughUK – a Manchester based disabled people’s organisation supporting other disabled people to work and live independently.

BreakthroughUK have been visiting us at Gorse Hill Studios each week and delivering their Pathways workshops; an eight week course focussed on independent living skills.

Our artists have been absorbing loads of information from Ronda and the other BreakthroughUK leaders and have also been reflecting on the difficulties society currently creates for people with disability.

Each session has reminded us of the tips, tricks and workarounds that help us each day, but also has provided a backbone of activities for our artists to think about in relation to the convention provisions.

We’re being inspired by BreakthroughUK and we’re experimenting with the possibility of creating our own workshops which aim to create discussion around the UNCRPD.

Stay up-to-date with all our project outcomes by following us on our social channels and signing up to our newsletter using the link above for a monthly update in less than two minutes.