You are in Home / News / OnIT Challenge- Week 1 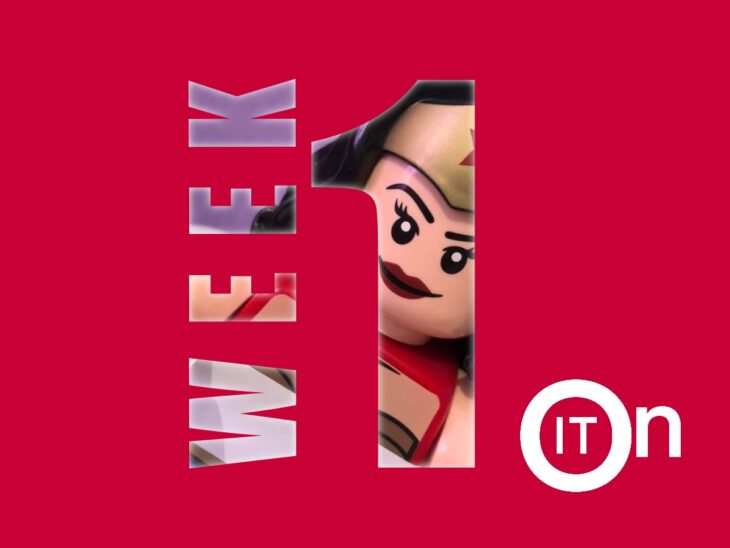 Our artists were excited, nervous and anticipating beginning The OnIT Challenge – our brand-new creative concept.

It was all about discovery. A huge part of this challenge is to broaden our horizons and spend time exploring the far-reaching world of the arts. We anticipated the discovery of new artists, scripts, movers and ideas.

We also looked forward to discovering what we’d let ourselves in for. Remember, each participant got to choose a main challenge:

What each participant ended up creating depended on this first choice.

Let’s delve into some of the goings on in week 1!

SPOTLIGHT ON THE ART CHALLENGE

Each participant got a weekly art pack containing all the materials they would need to complete their tasks and step-by-step instructions. It was like Christmas we had a new parcel to unwrap each week, how exciting!

The art challenge developed the same concept over six weeks, so participants could gradually create their own abstract piece on canvas. You can look forward to seeing those in the week six round-up.

The first week however, was base-building and a million miles away from the finished pieces.

Phil, Chrissy and Danielle chose to focus on the Art Challenge and were invited to create a 2-metre tale.

Yes, it’s as simple as it sounds – an illustrated tale which spans the length of a two-metre long piece of paper. Our artists then submitted a short video describing and displaying their tales.

Phil has lots of energy in his drawing whilst Danielle demonstrates a ‘Keith Haring influence’ and Chrissy produced some ‘lovely storytelling’.

OTHER NEWS IN WEEK 1

A LOVE LETTER TO OUR POOCHES

Kelly chose the writing challenge as their main conquest for OnIT and was to write a monologue to their dog – or if you prefer, a monodog.

However, this fun exercise enticed many more to take on work (for extra credit) and attempt to create the paw-fect piece of writing.

This week’s task highlight HAS to be the Newsreader Timed Task. Remember, timed tasks & emergency tasks are extra fun things happening each week and allow participants to try something new!

The content of this task could be as serious or as silly as our artists pleased resulting in headlines such as:

There have been several sightings of bananas walking down the street singing to their own songs hoping that it will cheer the public up.

It has been reported that the Proud and Loud Arts team are all doing well whilst singing the well-known tune, We’ll Meet Again

There is an alleged Karaoke murderer in Gorse Hill, the public have been warned to not approach the amateur singer particularly if they are carrying a microphone.

Alongside all of this ridiculous and music-based fun, Chrissy took creative liberties with the task brief to create an amazing weather report – it may not have scored her any points, but it earned Chrissy plenty of kudos and some Proud and Loud Arts merch!

That’s most of Week 1 but head over to our social channels where we’ll be sharing other highlights!