You are in: Home / Productions / Gambit

A game of strategy comes to life, as human chess pieces invade Manchester City Centre in a new kind of powerplay: turning the tables on the traditional order 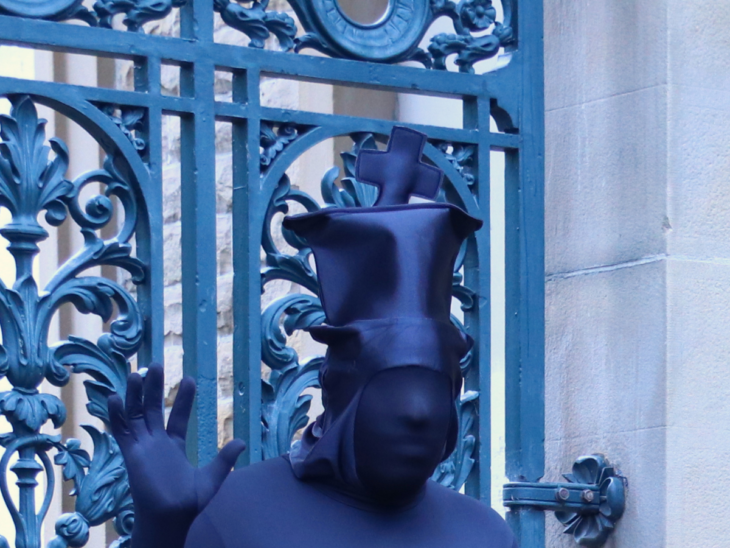 Following 2018’s Shadow Girl — the city streets, Gambit reunites Proud & Loud Arts with Word of Warning in a city centre takeover — this time questioning the nature of power, and who is playing who…

A gambit (from ancient Italian gambetto, the act of tripping someone with the leg to make them fall) is a chess opening in which a player makes sacrifices to achieve a subsequent positional advantage.
The word “gambit” is also sometimes used to describe similar tactics used by people in a struggle with rivals, for example “The early election was a risky gambit by Theresa May”.

You might also just catch a glimpse if you happen to be around MMU Birley Campus in Hulme on Tuesday 16 August, or in Media City at Salford Quays on Thursday 18 August!

A hÅb Hazard commission; co-produced with Word of Warning.