You are in Home / News / #SMAAwarenessMonth 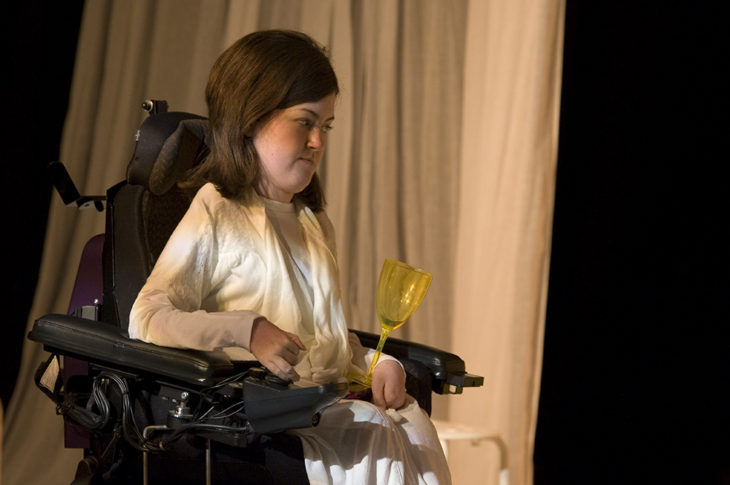 Danielle has taken over the blog this week:

Growing up with SMA (Spinal Muscular Atrophy), it has always been described as an incurable/untreatable condition. It was always something I just accepted and never really gave much thought to, as, I suppose I never imagined that would change. However, on the 23rd December 2016, Christmas literally came early for thousands of families around the world. The FDA approved Spinraza (Nusinersen) as the first ever drug to treat children and adults with SMA.

If you don’t know what SMA is, I’ll try to explain as simply as I can. It’s basically a neuromuscular condition which causes muscles to weaken and waste away. There are several different types of SMA, from type 1 to type 5. Type 1 being the most severe and type 5 being the mildest. I have type 2 and was diagnosed when I was 18 months old. I use a powered wheelchair to get around and need assistance with almost any physical activity.

When the drug announcement came, I couldn’t quite believe it. SMA was now a treatable disease. It could be stopped in its tracks. I didn’t need to worry about getting weaker anymore. Even if I couldn’t gain any strength from it, the stability it promised was enough for me.

Yesterday (14th August 2018), this was snatched away. After months of waiting and hoping, NICE announced that Spinraza would not be available on the NHS for children or adults. Personally, I feel really let down. Not just for me, but the younger children who could see great benefits from the treatment. With me, it would stop progression with a chance of regaining some function. However, for young children and babies where less damage has been done, it’s a completely different story. They would lead completely different lives.

Proud and Loud were planning on doing something for #SMAawarenessmonth however following the news about Spinraza, we decided to respond in the only way we know how… a satirical, socio-political short film highlighting irony to the point of poignancy of course. #Spinraza4all

Danielle will also be taking over our Instagram on Thursday so keep an eye on our stories to see her experience of a day at Proud and Loud, find us at: proudandloudart