You are in Home / News / Summer Fundraising 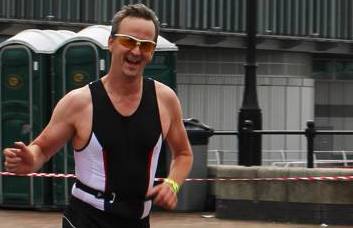 This summer has been a busy one for Proud & Loud Arts. Team Proud & Loud Arts have together managed to raise over £2,000! This is a fantastic achievement for all involved and we would like to thank everybody for their hard work, dedication & determination.

The Summer Fundraising started in May with the Manchester 10K, this was the first event for team Proud & Loud Arts and we had 4 runners taking part including two of our members. They all did incredibly well & one of our members, Chrissy Jones, enjoyed it so much that she couldn’t wait to do another one and quickly signed up to the Salford 10K which was just last week.

Our Artistic Director, Tom Hogan & Yoga teacher, Katie spent months training hard for the Salford Triathlon.  All the hard work paid off and they fought through the typical wet and windy Manchester weather & both finished with very impressive times!

We also had a relay team made up of Kate, Natasha, Tricia & Alister who were fantastic.

Running for miles and swimming in open water isn’t for everybody, so amongst all of that we organised a fundraising charity night. Two of our members, Danielle & Kelly, took responsibility for organising the room to the DJ and everything in between. After weeks of planning, preparation and sleepless nights the event was a huge success and we raised over £600!

Our planned summer fundraising events came to an end last month with the Salford 10k. Our team for this event consisted of Tom, Kat, Janet, Chrissy & Iain. As usual, they put everything they could into it and a few runners even broke their previous 10k records. Chrissy really enjoyed it, this is what she had to say ‘I really enjoyed doing the Salford 10k, I raised £105 for Proud & Loud arts and I enjoyed the great Manchester run as well. I am going to do it next year’.